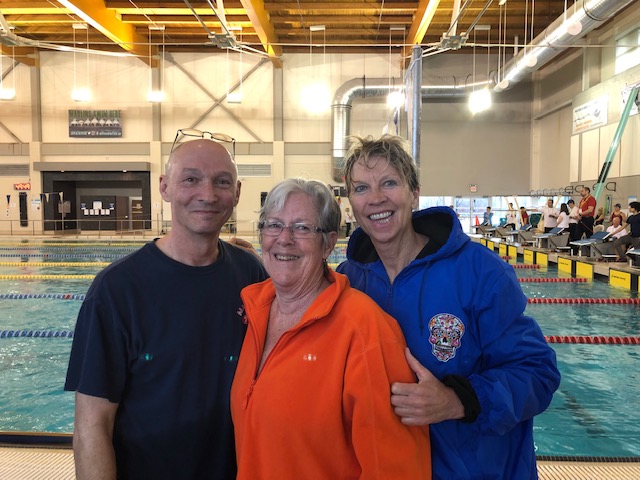 It was a great day for a swim meet, cold and rainy. The ATB hard cores, consisting of Barrie (Chatty) Malloch, Coach Gregg and Margot travelled to the Milton Sportsplex to compete. After some technical issues the meet got underway. The small contingency of swimmers huddled in the stands together close to the action. After waiting patiently for our longest event (400 metres free) even with the close proximity, Barrie missed her heat. Too busy working the crowd catching up with old friends. Margot, dragged her away from her friends and convinced her to swim the event, Gregg worked his magic and got her a lane in the next heat. After the swim, we had a nice meal (almost as good as ours) and called it a day. 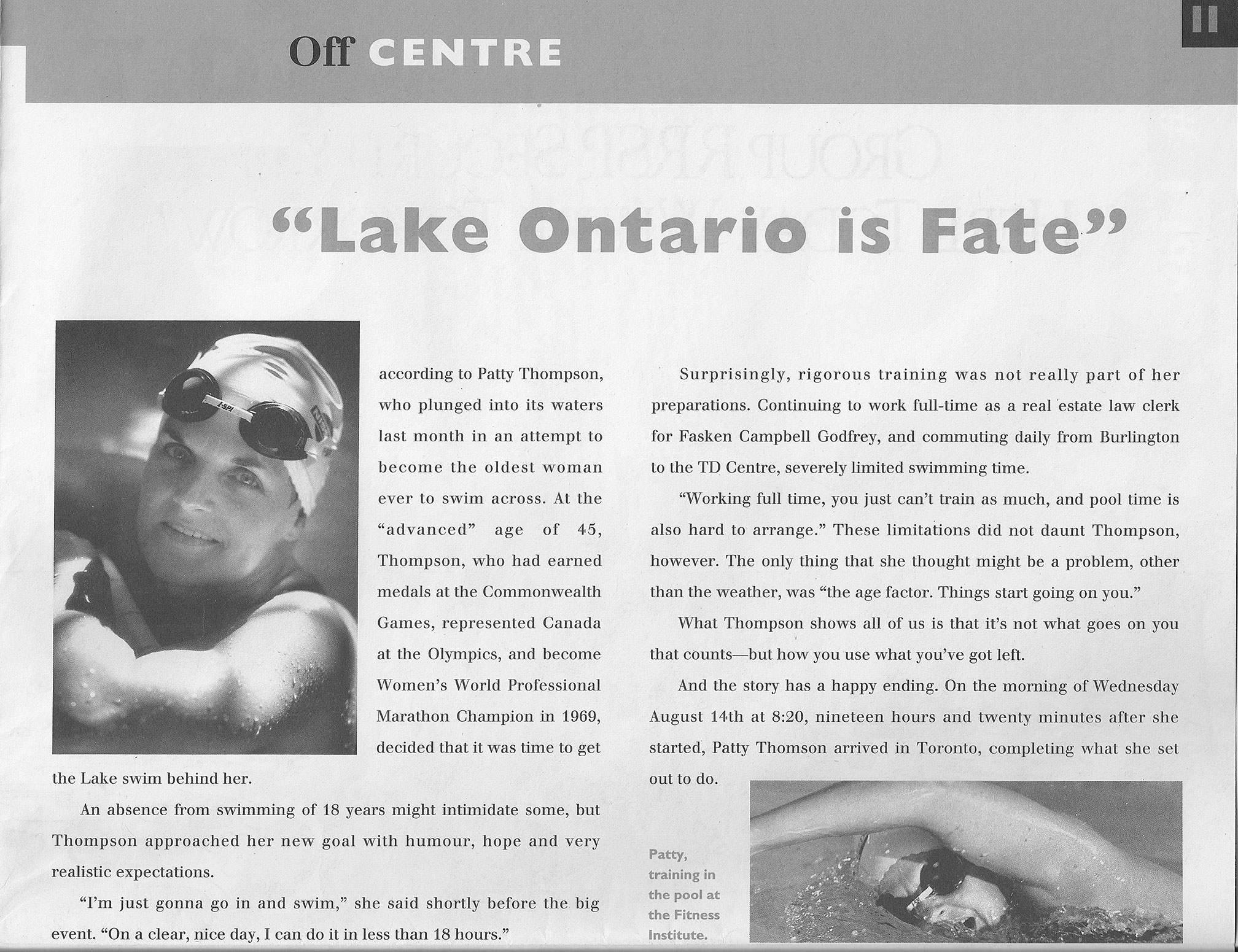 Beginning in the 10 and under age group swimming, Patty started setting records and kept it up through each age division. She held more Ontario titles than any other female in the Province. In one year she held 19 Ontario records, showing not only the quality but the diversity of her swimming.

Patty was the finest long distance freestyle swimmer in Canada, holding Canadian records for distances of 220 and 440 yards and 800 and 1500 metres. In 1964, Patty became the first Canadian woman to break the 5-minute barrier for the 400 metre freestyle.

To read much more about Patty, click on the links below. 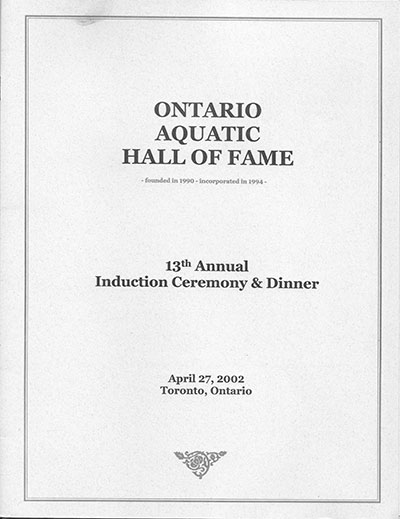 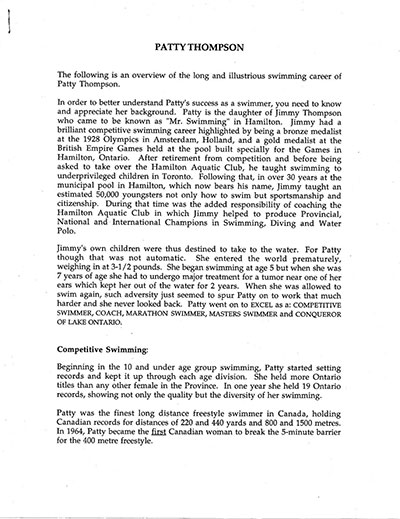 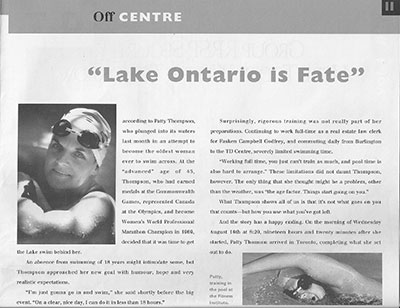 Over the years our swimmers have distinguished themselves with Provincial, National and International revords. Members of the club range from former Olympians, tri-atheletes, and individuals with no competitive experience at all. Social events like our monthly pizza night, Christmas party and Sports Day give members and their families a chance to interact.